REFLECTIONS ON THE 20TH  IAGP CONGRESS “THE RISING TIDES OF CHALLENGE AND HOPE: HEALING IDENTITY IN SOCIETY, GROUPS AND INDIVIDUALS”
(AUGUST 1-4, 2018, MALMÖ, SWEDEN) 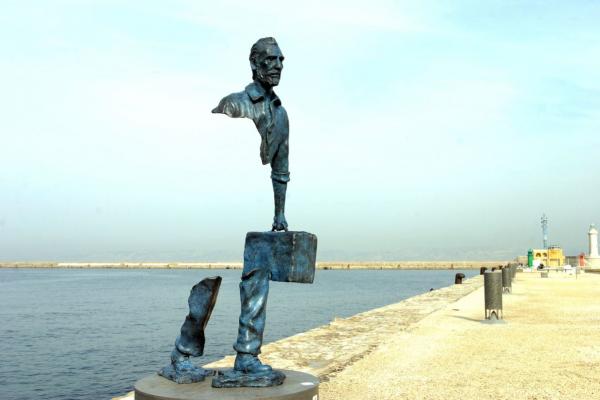 The  overall theme of the 20th Congress of   The   International   Association  for Group Psychotherapy  and  Group Processes (IAGP) reflected a series of social changes that the entire world is  currently facing, and that includes European countries and the city where the Congress itself is held. Malmö, a seaside city in  the south of Sweden, with its seaside smells, very warm summer days  and  pleasant  nights, inevitably reminded me  of the cities on the coast of the Adriatic Sea.  The  atmosphere in the squares of Malmö, especially in the Lilla  Torg  square, characterised by  numerous small restaurants  with dishes from all parts of the world and a mix of sounds from various languages, creates a strong feeling of connection with the surroundings. It is almost impossible to feel  alone as a foreigner in Malmö since they claim to have citizens from around 170 countries. Fittingly, the topic of the 20th IAGP Congress was related to mass migration and other societal changes that are  on the rise,  i.e.  the processes that carry many opportunities, but also a large potential for violent outbursts, as emphasised by Kate  Bradshaw Tauvon, President of IAGP.

The  activities of the congress were conceived in the usual manner. “Social dreaming” in the morning hours, a small and mid-size experiential group, a large group in the afternoon, plenary lectures in  between, symposia, workshops, oral presentations and posters, as well  as a new activity in the evening, started at the previous congress held in Rovinj – “groups in the city”. A series of pre-congress activities was organised and offered, just  like in the case of earlier IAGP congresses. Online networking of congress participants was perhaps something of  a novelty in comparison to earlier IAGP congresses, and  something  I  had an opportunity to apply for.  This made it easier for attendants to disseminate in- formation,  receive answers  to various questions and share impressions after the congress.

The  content of the congress was conceived in four  thematic parts. The  challenges and changes in the world com- prised the topic of the first  day  of  the congress, with an introductory lecture entitled “European anxieties: logics of affect and  power”   by  Paul  Mecheril, Professor for  Migration and Education at the Carl von Ossietzky University Oldenburg,  Germany.  On   the  second day, Lene Auestad, a philosopher at the University of Oslo, presented a very interesting and intriguing lecture entitled “Re-membering and resisting in darkening times”, thereby announcing  the topic of the second day, exploration of gender roles. The  topic of the third day, race and racialisation, started with jazz music and a lecture entitled “A Black man’s experience with racism in America” by  Rudy Lucas, a psychotherapist from Greenwich Village, New  York.  His lecture ignited a very lively discussion. It was interesting to hear reflections on trauma related to living in communities that view us as a problem just because we  are different, of a different race or creed. And  finally, on the last day  of the congress, Camila Salazar Atías,  a criminologist born  in Chile who  is the leading Swedish expert on gang crime, spoke about the structure of  gangs, identity and inequality, and how we can all be a part of the solution to problems brought about by gangs. She  shared her experiences in working with the youth who became members of various gangs. She spoke with a lot of zeal  and empathy, offering and seeking the most constructive and positive solutions for children that were frightened, angry, sad,  disappointed and marginalised, and whose aspirations and dreams had nothing to do with gang membership. The  topic of this fourth day of the congress was  trauma  and its consequences.

The  introductory lectures of this year’s IAGP congress reflected social problems that we are all facing today, ranging from inequalities to large migrations, terror- ism, racism and violence, which are  all huge challenges for   group  therapists, both in terms of understanding the pro- cesses of societal changes and in terms of  professional growth and empowerment when coping with the increasing challenges and establishing realistic expectations and hopes.

The  program of the 20th IAGP congress was filled with workshops in psychodrama, group analysis, family therapy and trauma, with symposia on the topics of transculturality, research, social unconscious, family therapy,  group analysis and trauma, as well   as with oral   and poster presentations. As  with all  large congresses, this one also made it difficult to keep track of various contents, but what impressed me most was  working in a large group and the style of moderation and facilitating communication.

This large group was held from 5 to 6:30 PM  with a combined way of  facilitation,  which I found quite confusing in the beginning. It took me  some time to understand  what was going on,  when the group was “entered“ using the microphone, when it was without a micro- phone, when I was supposed to take over a role,  get  up  or  raise my  hand, or  say something in my mother tongue, as well as to understand the setting in the centre of the large group, which from time to time had an appearance of a theatre.

But,  in the end, this combined sort of psychodynamic, group-analytic and systemic facilitation turned out to be  very inspiring and inviting. This was a very useful play in  which the actors of various real or  fictional identities changed took turns, in which various conflicts were re-enacted and resolved, prejudices set and dissolved, e.g. about women wearing hijab. In ninety minutes, it was fascinating to witness the dynamics of movement and transformation of  this group from an unstructured and, in certain moments, very aggressive and rebellious group, towards a group of very obedient and playful children. This was an extraordinary experience. I tried to make space for all these various sounds and languages, for different perspectives and approaches. The  linguistic barrier was often quite frustrating. In this sort of constellation of a large group I managed to learn something about myself, I recognised ways in which I can feel well  in a large group, when I am flooded  by feelings of discomfort, how I can connect and communicate in spite of all barriers and cultural differences. I recognised some of  my  own stereotypes, distances, and fears. This was a group in which I could feel  how connections are made through the joint experiences of loss, fear, rage and rejection even though there are  many cultural differences and differences in approaches to group therapy. And through the processes of sharing, Over four days, I could feel myself developing the sense of belonging to a large community of group therapists, all  the while maintaining my  own identity of a group analyst. Just like  cultural and all other stereotypes are  inseparable parts of our  own identities, so are  profession- al stereotypes an inseparable part of our professional identity, which is being realised,  as Lacan says, in the context of the Other as a sort of a mirror image.

The  20th IAGP Congress was held in the congress centre of an impressive Clarion  hotel.  The  social program was very pleasant and relaxed. The  transcultural section of IAGP organised a very interesting  artistic space in the congress hall  by allowing all participants of the congress to share their feelings and impressions through expressive techniques.

In the end,  this congress, which consisted of many presented papers and discussions, showed how group therapy and group work, with all their modalities and innovations, still  have an important role in social processes and a wide range of applications.

Link to the text in Croatian and in English https://hrcak.srce.hr/en/clanak/316127