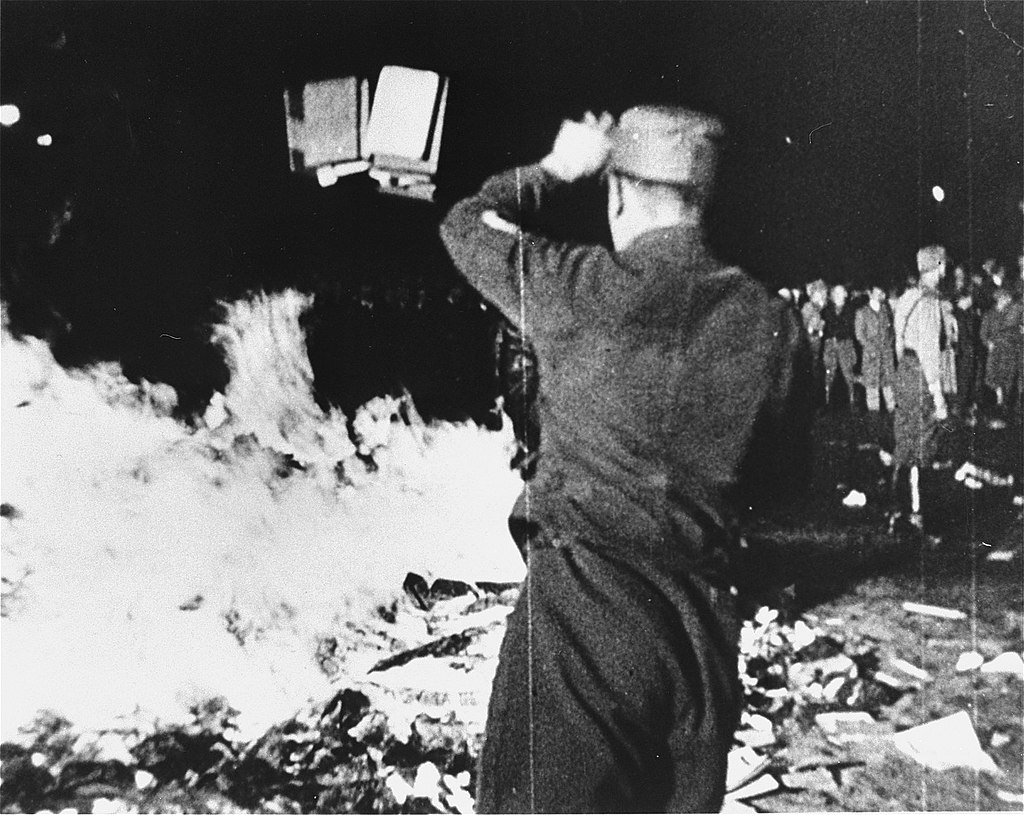 As someone who is not religious, and who was not given a religious upbringing, I still react very strongly to the burning of books. I believe it is very wrong. The connotation is not only religious, as in blasphemy; it goes back to the Nazi book burnings in the 1930s. Even though it is harder, in the digital age, to destroy ideas completely by burning the books in which these ideas are presented, this is the intention signalled in the act – to extinguish some ideas and some cultural expressions. Thus it seems very odd to frame this act in terms of “freedom of speech”, when it in fact signals the opposite intention – to ban whole ranges of strands of thought.

“The Nazi book burnings were a campaign conducted by the German Student Union (German: Deutsche Studentenschaft, DSt) to ceremonially burn books in Nazi Germany and Austria in the 1930s. The books targeted for burning were those viewed as being subversive or as representing ideologies opposed to Nazism. These included books written by Jewish, communist, socialist, anarchist, liberal, pacifist, and sexologist authors among others. The initial books burned were those of Karl Marx and Karl Kautsky, but came to include very many authors, including Albert Einstein, Helen Keller, writers in French and English, and effectively any book that was not ardent in its support of Nazism. In a campaign of cultural genocide, books were also burned by the Nazis en masse in occupied territories. […]

All of the following types of literature, as described by the Nazis, were to be banned:

The works of traitors, emigrants and authors from foreign countries who believe they can attack and denigrate the new Germany (H. G. Wells, Romain Rolland);

The literature of Marxism, Communism and Bolshevism;

All historical writings whose purpose is to denigrate the origin, the spirit and the culture of the German Volk, or to dissolve the racial and structural order of the Volk, or that denies the force and importance of leading historical figures in favor of egalitarianism and the masses, and which seeks to drag them through the mud (Emil Ludwig);

Writings on sexuality and sexual education which serve the egocentric pleasure of the individual and thus, completely destroy the principles of race and Volk (Magnus Hirschfeld);

Literature by Jewish authors, regardless of the field;

Popular entertainment literature that depicts life and life’s goals in a superficial, unrealistic and sickly sweet manner, based on a bourgeois or upper class view of life;

Freud famously, (ironically) referred to “progress” in stating that they were burning his books, and in the Middle Ages they would have burned him, or people. In hindsight, one might state that they started by burning books, and proceeded to burn people.