Published in Free Associations, Vol. 35 No. 85 (2022) – Centenary: Group Psychology and the Analysis of the Ego

Link to the issue 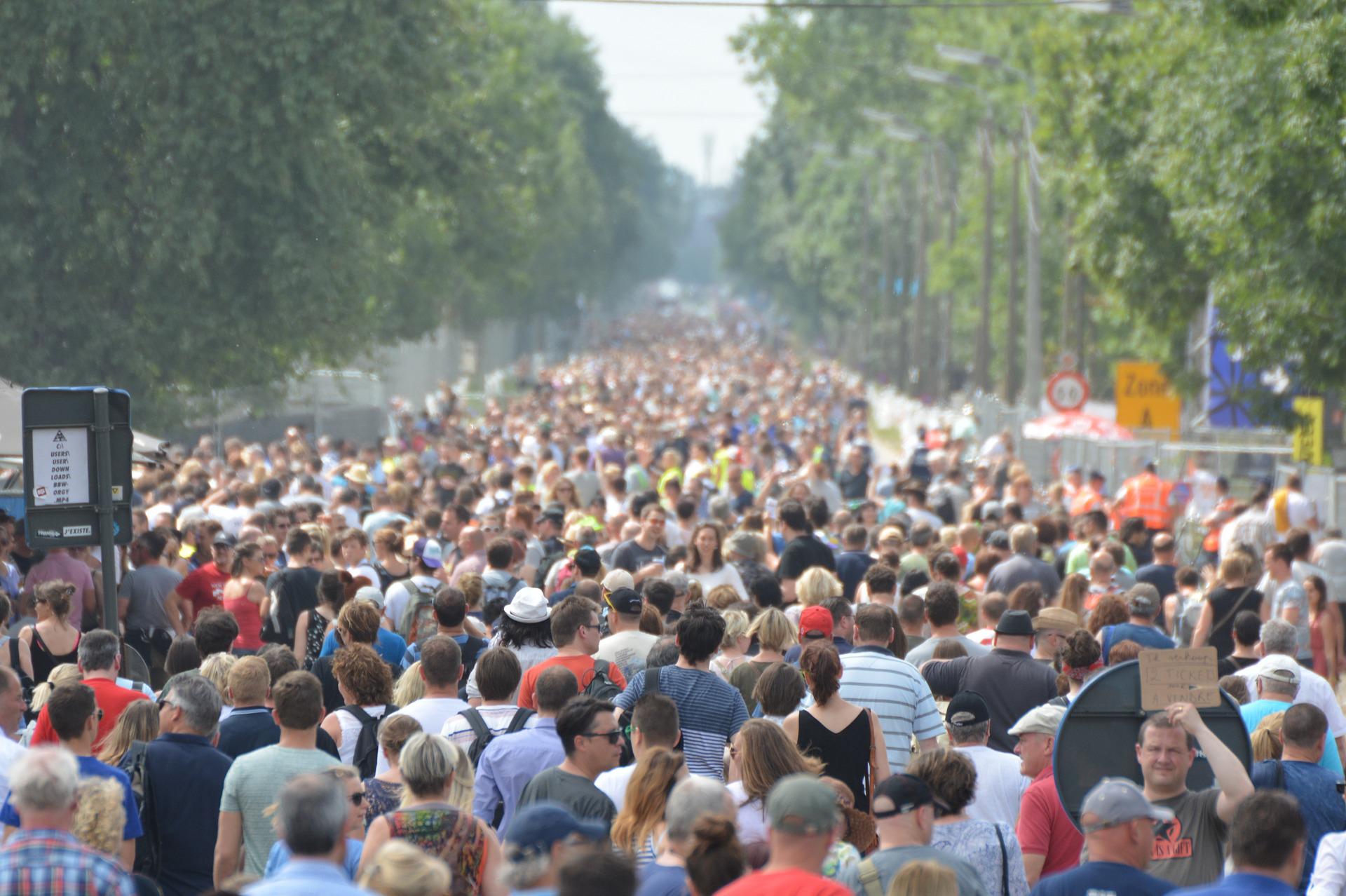 “In the individual’s mental life someone else is invariably involved, as a model, as an object, as a helper, as an opponent; and so from the very first individual psychology […] is at the same time social psychology as well.” (Freud,1921: 69)

I thought this quote from Freud’s Group Psychology is a good place to begin to think about groups and social justice. Let me start by claiming that the dominant mode of thinking in our late neoliberal age is what John Rickman (1951/1957) would call one-person psychology. It’s about one individual as conceived of in isolation. Other people are added on later, as an afterthought, resulting in what Adorno (1966/1998) called “the coldness of the isolated competitor”, who would like to escape this condition, but cannot, in so far as he or she is also its product. As products of our time and age, we are limited in our ability to think beyond the given, dominant cognitive frameworks that provide for understanding, and also in our ability to step outside the affective quality and quantity which shapes our surroundings and ourselves. Though to reflect on what social justice might mean, we need to think of the complexities of affective ties and identifications between and within us.

“Identification,” Freud informs us, “is ambivalent from the very first; it can turn into an expression of tenderness as easily as into a wish for someone’s removal. It behaves like a derivative of the first, oral phase of the organization of the libido, in which the object that we long for and prize is assimilated by eating and is in that way annihilated as such. The cannibal”, he continues, “has a devouring affection for his enemies and only devours people of whom he is fond” (1921:105). In devouring one’s dear enemies, does one end up possessing them, owning them, or rather becoming these people, taking on the properties of one’s incorporated opponents? “The distinction between an identification with the father and the choice of the father as an object,” writes Freud “is easy to state in a formula”. “In the first case one’s father is what one would like to be, and in the second case he is what one would like to have.”  Though, he adds, “It is much more difficult to give a clear metapsychological representation of the distinction” (1921:106) – and, one might add, we are familiar with many cases where this distinction is blurred.

A citizenship is something one has got or lacks – it can be thought of as a piece of property which allows one to do and receive a number of things. We may say “I have got a British citizenship”, though we also say “I am a British citizen”. Both with Brexit and with the current pandemic, people’s freedom of movement and their rights to belong and to be supported have been renegotiated, and there seems not to be a clear boundary between what one has got and what one is. Between having the right to move around and cross borders freely, meeting up with others and relying on a certain degree of social support and being a person who has got these rights and who can trust certain supports to be in place and take them for granted, lean back on them like on a soft armchair. We only start problematising certain things and arrangements when they start to fail.  And then we may become dimly aware that some people never had a citizenship or a passport in the first place, that some of us are always regarded with suspicion when trying to cross a border, that our right to belong and to be supported is highly socially variable, and that our identities are scarred, to a greater or lesser extent, by these ruptures, by the rugs pulled away from under our feet, by the doors slammed in our faces.

To René Kaës, “Unconscious alliances are a formation of linking. They function in the links or ties formed by couples, families, groups and institutions […] Indeed, unconscious alliances are not only those that we contract with our contemporaries, they are also contracted for us, before our birth – that is, we inherit them” (2007:105). In other words, when we come into the world, we are already the products of intergenerational psychic transmission, the carriers of objects or phantoms, affects, fantasies, stories and scenarios that have been deposited in us before we are able to feel or think about them. Then we go on to form alliances with our contemporaries where they put, deposit or invest such items in us and we in turn do so in others. Where does this sit with the notion of social justice? The idea of reparative justice is to compensate for wrongs, harms, injuries committed in the past, even towards past generations, the effect of which continue in the present. And the idea of distributive justice is to compensate for gross inequality between us now. While these may be mainly material, such redistributions also impact on how we as a society and we as different individuals conceive of ourselves and what we regard as just and warranted.

In  my work on prejudice, social exclusion and discrimination, I have been concerned with what philosophers call epistemic injustice – with inequalities in who is heard, who is believed, taken seriously, allowed to interpret a situation, granted permission to understand. I have drawn on Ferenczi’s and Balint’s model of trauma to describe how physical and social power also becomes epistemic power – the power to define that an assault never even happened, that the powerful party is the rational and credible party, and that the victim’s reaction is irrational, wrong or irrelevant (Auestad 2012, 2015). So epistemic injustice occurs when someone is ignored, disbelieved, eliminated, due to their gender, sexuality, race, class, disability, or social identity. In so far as this is governed by majority norms, it ties in with Earl Hopper’s (2011) notion of what is socially unconscious; societies habitually deposit some affects and ideas in certain others. I would add that the alliances may be more conscious to some parties than others. The more powerful, or socially dominant party may happily remain unconscious of forms and instances of oppression that are painfully present to the oppressed party, even so as to overwhelm one’s cognitive and affective field. On the other hand, the resources to interpret and frame injustice are unequally distributed in favour of the more powerful. Alliances may be symmetrical or asymmetrical, and we can at least conceive of alliances that are less asymmetrical, and less unjust.

“A group”, wrote Freud, “is clearly held together by a power of some kind: and to what power could this feat be better ascribed than to Eros, which holds together everything in the world?” (1921:92). Elliott Jaques later emphasised a different aspect, arguing “that one of the primary cohesive elements binding individuals into institutionalized human association is that of defence against anxiety emanating from the psychotic developmental level” (1953:420-421). If we agree that all human groupings are characterised both by the love that holds the members together and by what they join up in defending against, what would more just social alliances look like? “The peer group”, wrote Elisabeth Young-Bruehl in describing narcissism, “is the “I” made “we”, and is thus, a substitute for the lost fantasised condition of nirvanic oneness with the mother (1996:235). She reminds us of how narcissism on a social level may appear not as self-promotion, but as a self-protective form of conservatism, love of one’s in-group, reminiscent of what Ewe Kosowsky Sedgwick (1985) termed the “homosocial”. And Adorno, in his discussion of fascism, argues that its aim is the opposite of that of psychoanalysis, perpetuating domination “through expropriation of the unconscious by social control”, rather than realizing potential freedom by “making the subjects conscious of their unconscious” (1951/1982:136). These are two pointers – and more “heterosocial” groups, as opposed to Freud’s church and army, provides more standpoints for reflection and liberation. In our hyper-rational society, so rational as to be wildly irrational, which defends against considering affects and the unconscious, reflection on our ties and alliances from multiple standpoints are sorely needed.

Auestad, L. (2012) “Subjectivity and absence: Prejudice as a psycho-social theme” in L. Auestad ed. Psychoanalysis and Politics: Exclusion and the Politics of Representation. London: Karnac: Routledge.

Auestad, L. (2015) Respect, Plurality, and Prejudice: A Psychoanalytical and Philosophical Enquiry into the Dynamics of Social Exclusion and Discrimination. London: Karnac/Routledge.

Jaques, E. (1953) “On the Dynamics of Social Structure. A Contribution to the Psychoanalytical Study of Social Phenomena Deriving from the Views of Melanie Klein” in E. Trist, H. Murray eds. The Social Engagement of Social Science Vol. 1: The Socio-Psychological Perspective. London: Free Association Books, 1990.

Lene Auestad holds a PhD in Philosophy from the Ethics Programme, University of Oslo. She writes and lectures internationally on ethics, critical theory and psychoanalysis, with a particular focus on prejudice, racism, discrimination, trauma and nationalism. Books include Respect, Plurality, and Prejudice: A Psychoanalytical and Philosophical Enquiry into the Dynamics of Social Exclusion and Discrimination (Karnac/Routledge 2015). In 2010 she founded the international and interdisciplinary conference series Psychoanalysis and Politics (www.psa-pol.org), which aims to address how crucial contemporary political issues may be fruitfully analysed through psychoanalytic theory and vice versa – how political phenomena may reflect back on psychoanalytic thinking. The series continues to this day, with annual conferences in different European countries. She is an Associate Member of the Norwegian Psychoanalytical Society.