TRACES OF VIOLENCE AND FREEDOM OF THOUGHT

We are all tainted, whether we are actively engaged or not, by violence in its countless and troubling manifestations. Images and fragments of traumatic and violent scenarios are transported from one generation’s unconscious to that of another, leading to cycles of repetition and retaliation, restricting one’s freedom to imagine alternatives and inhabit alternative positions. The essays in this book focus on the workings of violence and power. All the articles work within a psychosocial framework by unsettling the boundaries between psyche-social. Four themes are addressed: violence of speech, violence and domination, repetition and violence, and the possibility of reparation or renewal. The articles point to the fusion of temporalities and argue that the past persists in the present.

A short film presenting the book:

SZYMON WRÓBEL – Logos, Ethos and Pathos or The Paradigm of Patho-Politics

WERNER PRALL – To Be or Bartleby: Psychoanalysis and the Crisis of Immunity

KATHLEEN KELLEY-LAINÉ – From Totalitarian to Democratic Functioning: The Psychic Economy of Infantile Processes

KINGA GÖNCZ – Rhetorics of Power – Can it Dress up the Naked King?

EDWARD WEISBAND – The Rhetorics of Power and The Power of Rhetoric: Reification, Hate And Desire: A Psychopolitical Analysis of Mass Atrocity and Genocide

JULIA RICHTER – Intergenerational Layers of Silence: How the Concealed or the Outspoken Remain Undiscussable

LUCIA CORTI – Letters from The Unknown: Psychoanalysis and the Ethics of Knowing

FERENC ERŐS – Ferenc Merei and the Politics of Psychoanalysis in Hungary 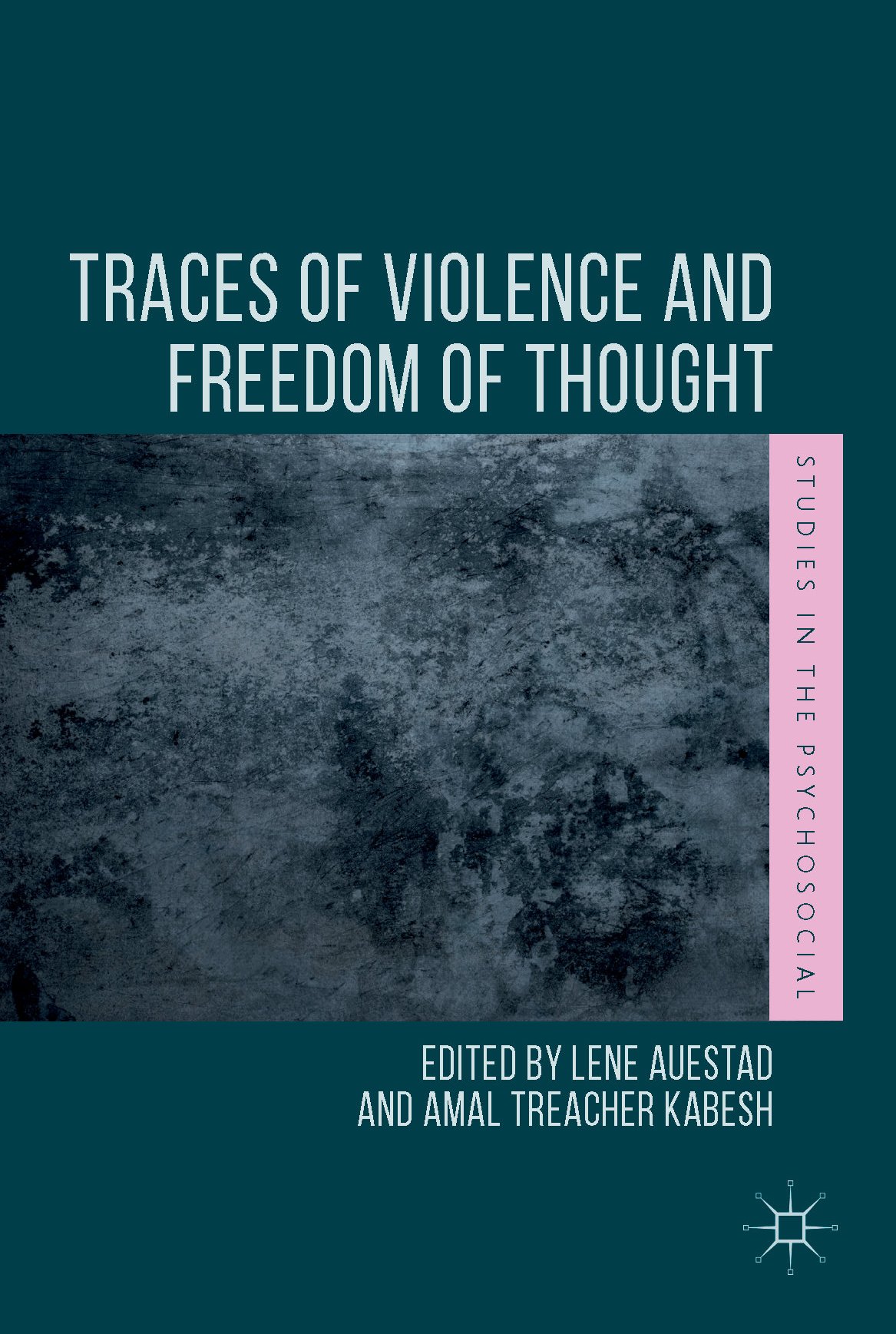 TRACES OF VIOLENCE AND FREEDOM OF THOUGHT

This chapter presents a phenomenology of hate speech, asking what people do when they speak. I argue that hate speech relies on magical thinking as described by Freud in Totem and Taboo (1912-13); it is performative, constituting acts of displacing unwanted aspects of oneself onto devalued others. Injurious speech acts, as Judith Butler (1997) emphasises, are citational, rather than original, reinforcing or reinserting a cultural pattern of domination. The lack of motivational and contextual transparency in human lives raises the issue of responsibility for unconscious discrimination. What a statement or word presupposes rather than utters directly may go beyond what a speaker or writer intends to express, hence I end by questioning the conditions for imaginative renewal – for change in discriminatory utterances.

The main purpose of this paper is to reflect upon the question to what extent contemporary politics is only the ‘eristic technique’ skilled at introducing pathos and instrumentally appealing to logos and ethos. Aristotle’s rhetorical triad – logos, ethos, pathos – makes rhetoric the art of persuasive or honest communication. Symbolic violence requires no active inculcation, no persuasive effort, and no intentional influence. Any realistic analysis of effecting power and politics must begin with the analysis of this initial acceptance of the world, i.e. the apparent consistency between objective structures and cognitive structures. Of all the forms of subcutaneous persuasion the most relentless and insidious is that, which is disguised as the “order of things” and when granted is its acceptance.

Herman Melville’s long short story ‘Bartleby The Scrivener’, published in 1853, has aroused a great deal of interest and fascination both within psychoanalysis and philosophy, but had a markedly different reception within those two disciplines. This interpretive divergence is elaborated in order to think about the position of psychoanalysis itself, especially as far as its stance vis-a-vis the question of the ‘foreign body’ is concerned. It is suggested that the adaptive solution of assimilating the foreign body into the (societal) mainstream is not the only aim psychoanalysis might pursue; rather, remaining true to a strand within its own tradition it might (continue to) act as such a foreign body itself in order to provoke change.

In this paper Nazism is interrogated as a phenomenon in which arguably individuals renounced subjectivity in favour of a set of coordinates that defined their place in the symbolic order. Arguably, all subjects are equally tempted by this certainty, rendering therefore the defensive distinction ‘them’ and ‘us’ inoperant. Based on Albert Speer’s autobiography, Adolph Eichmann’s trial and following Brazilian psychoanalyst Contardo Calligaris’ ideas, we advance an understanding of Nazis as subjects who found a père-verse solution out of neurosis. We argue that they surrendered uncertainty of desire to a machinery in which knowledge is not supposed, but known. Hence knowledge about subjectivity within the symbolic system became given – a certainty worth its weight in gold for neurotics.

The author argues for a quantitative, economic approach to psychoanalysis to actualise Freud’s intuition of the ‘economics of nervous force’. The concept of ‘totalitarian psychic functioning’ is used as a metaphor for a state of symbiotic oneness, representing the infantile psychic economy of fusion with the mother. ‘Infantile psychic economy’ can maintain itself throughout adult life especially in case of narcissistic insecurity and states of regression to omnipotent ‘all or nothing’ processes. Referring to the work of Ferenczi the author questions how the psyche comes to relinquish the boundless pleasure of an omnipotent, totalitarian, undifferentiated state to espouse the frustrations of reality necessary for maturation. The analytical frame is used as a ‘transitional space’ in which to grow. A clinical vignette illustrates the author’s hypothesis.

The article analyses the dynamics of Hungary’s backsliding democracy, the interplay between the personality of an authoritarian leader, considering the lost election in 2002 which he suggested was a ‘national tragedy’, and the regressive large group processes in Hungarian society, based on unresolved historic traumas.In transitional times people look for strong leaders to strengthen their group identity. The leader can serve the group’s needs in a constructive or destructive way. If he is playing out his internal conflicts by projecting negative images to other groups, he contributes to distorting reality. This is happening in Hungary. The worst problem-solving methods are reinforced: instead of personal achievements and autonomous thinking, loyalty to the leader is rewarded, making it more difficult to work through historic traumas.

This chapter demonstrates how the shame dynamics in traditional Chinese Confucian families influenced the modes of violence during the Chinese Cultural Revolution and Great Leap Forward. The Maoist inspired rejection of all cultural values and institutions associated with everything old or elderly represented an attempt to destroy Confucian family life and traditional disciplinary systems in favour of a collectivised communist society. This resulted in particular ideological formations and methods of staged public punishments. The presentation invokes a psycho-social analysis that suggests that Mao emerged as a totalitarian figure to displace traditional family shame mechanisms in particularly lurid and ludic ways.

Multiple layers of conscious choices of keeping silent about massive traumatic events, and simultaneous unconscious dynamics of shame, guilt, denial and repression may cause controversial discourses, and the inhibition of real working through by remaining undiscussable or indescribable through generations These processes contribute to the phenomenon of intergenerational transmission of the Holocaust trauma. In fact, our psychological understanding of this complex issue itself may contain some indescribable qualities that are still contentious to address. Breaking the silence is not a unidirectional process, as certain elements may become re-silenced in interpersonal, intergenerational, cultural or political discourses. There are multiple sources of impediments that interfere with opening up discussions about traumas of the past that might be supported by personal beliefs, social dynamics or political agendas.

Truth is an essential dimension of psychoanalysis. Freud differentiated between material and historical truth, giving the latter a decisive role as historical truth refers to unconscious material that is only accessible by way of reconstruction. This paper explores the liberating effects brought about by the revelation of a subject’s concealed history that requires accessing the gap transmitted by the secrets of others and accessing a truncated part of an individual’s history enables a process of historisation and a re-ordering of the symbolic domain and a repositioning in relation to the Real. The history of the recovered children of the Argentinian Disappeared, who were stolen and appropriated by the military between 1976 and 1983, was used as the historical context to conceive this paper.

The summer of 2013 in Egypt was full of troubling political events when the Muslim Brotherhood were ousted from power. During this time, everyday life became impossible as individuals were dominated by overwhelming anxiety and fear and a problematic state of mind was evoked that led to an absence of thinking and identification. This state of mind, I argue, was driven by the need for safety alongside the desire to belong and to remain attached to family, friends, community and Egypt as a particular nation. These needs are historically, socially, politically and emotionally laden and burdened with fantasies and narratives. The need for security led to exclusion of the other and a worrying willingness to sacrifice other human beings.

Ferenc Mérei (1909-1986) was an important figure of the history of Hungarian psychology, as well as of the political life of the country. The paper examines his contributions to various psychological fields as social and educational psychology, psychopathology, psycho-diagnostics, psychodrama and group psychoanalysis, and, the psychology of literature and film. It is shown how psychology and politics had been interwoven in his works and he developed his own ideas based on the concept of ‘togetherness’ or ‘jointly lived experience’. He was in charge of the democratic transformation of the educational system in Hungary. He developed psychodramatic methods and proposed the term allusion to characterize the language of those groups whose members share some kind of common but more or less unspeakable experience.

What is violence?  This may appear, at the outset, a deceptively simple question especially if it is conceived as just physical harm but as psychoanalysis so adeptly shows, violence reaches inwards. Do the effects of violence dehumanise or do they touch upon something central to the human condition? What enables the movement from outrage to identification with respect to accounts of violence in the clinic? This chapter engages in a reflection on the psychic, social and material facts of violence through the theoretical lens of psychoanalysis. A range of texts – novels, films and memoirs are examined alongside published clinical material in order to explore the question of the unmaking and remaking of human bonds, the limits and possibilities of connectedness under extreme circumstances.