Lene Auestad ed. NATIONALISM AND THE BODY POLITIC. PSYCHOANALYSIS AND THE RISE OF ETHNOCENTRISM AND XENOPHOBIA. London: Karnac 2014.

BOOK DESCRIPTION: This volume aims to question the recent revival of neo-nationalist policies in the light of what unconscious fantasies are involved in these developments. It examines both recent movements of right-wing extremism and the way in which rearticulated neo-ethnic ideas have been adopted by main stream politicians and in main stream public discourse. Politicians from other than the right-wing populist parties have tended to resist specific ways of talking that are considered too extremist, rather than their underlying frame of interpretation.
Governments across Europe have adopted anti-immigrant and anti-Roma policies. Xenophobia and hostility towards ‘others’ is on the rise, along with appeals to “Tradition and Security”. To address the current political developments, the volume stresses the urgency of understanding the fantasies and affects which underpin them.

‘Nationalism and the Body Politic is a fine, timely collection that should be read by anyone concerned by the rise of nationalist and far right politics in Europe and beyond. Offering numerous insights and frequent provocations to further thought, it brings together an impressive selection of topics and national contexts. Informed by a generous range of theoretical traditions, the book is also a model of open-minded critical dialogue. Above all, the collection is a testament to the ongoing relevance of psychoanalytically informed political and social analysis
– perhaps needed now more than ever.’

‘Psychoanalysis has traditionally eschewed discussing politics, and neutrality has been held as the touchstone of its scientific respectability. Nonetheless, this is tantamount to a major gelding of psychoanalytic thought and an undue restriction of its impact on human life, both individual and collective. This fascinating collection of articles on the subject of Psychoanalysis and Politics, meticulously edited by Lene Auestad, is a major effort to redress this long-standing omission. The kaleidoscopic effect of the diverse perspectives of the many contributors aims at maintaining a fruitful dialectic tension, rather than a monolithic ideological uniformity, thus inviting the reader to engage in a dialogue with them. I highly recommend reading this book to anyone interested and engaged in psychoanalysis, group analysis, social science, philosophy, or politics.

Juan Tubert-Oklander, training and supervising analyst at the
Institute of the Mexican Psychoanalytic Association

‘This unique volume presents a selection of contemporary theoretical discussions of the recent revival of neo-nationalism, but reaching beyond the traditional political debates on the topic: The different contributions in the book offer new and fascinating perspectives by exploring the unconscious fantasies of neo-nationalist policies. As Adorno and Marcuse have already shown, xenophobia, racism, ethnocentrism, and prejudice are connected with deep-rooted emotions, with hatred, uncanny desires, anxieties, and overwhelming fears of annihilation. These emotions cannot be fought politically if it is not possible to understand them as an expression of unconscious and unresolved political conflicts within society. Therefore, this book is a most valuable and a much-needed contribution to a scientifically neglected issue that threatens Europe from within its own societies. The book is highly recommended to scholars and students of psychoanalysis, psychology, social psychology, and to philosophers and politicians
who dare to look beyond the rim of their tea-cup.’

‘This book is an eye-opener for all of us. It addresses dramatic changes in the political and socio-economic climate of our time and calls for simultaneous testing of external and psychic reality. If we fail to grasp how external reality, history and trauma shape our experience of the world, we miss a fundamental momentum in the process of understanding and elaboration.’ 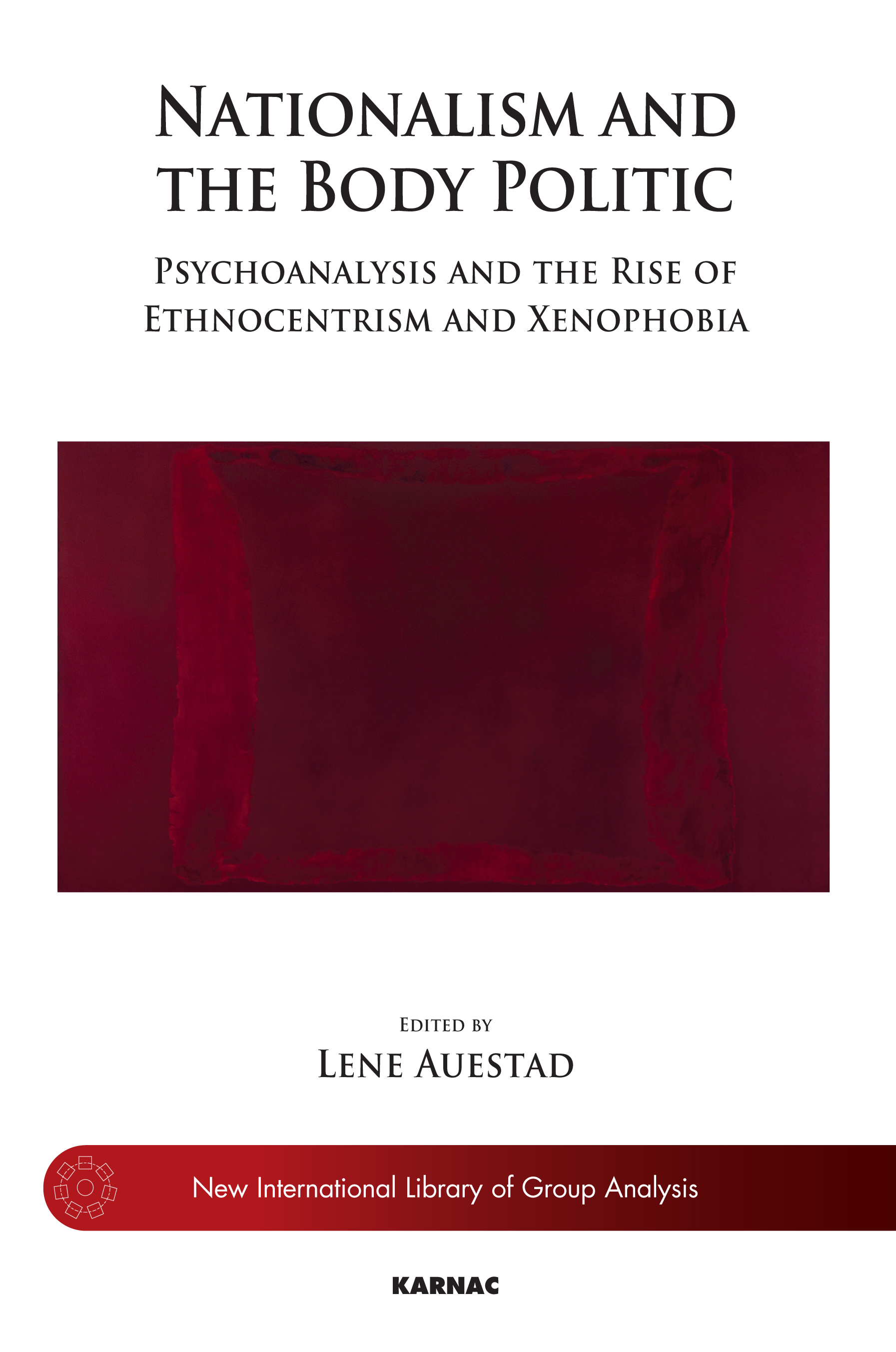 PART II: CONSTELLATIONS OF NATIONALISM
Szymon Wróbel: Funeral policy: the case of mourning populism in Poland
Earl Hopper: The theory of Incohesion: Aggregation/Massiﬁcation as the fourth basic assumption in the unconscious life of groups and group-like social systems
Audronė Žukauskaitė: The schizoanalysis of Gilles Deleuze and Félix Guattari, or the political between schizophrenia and paranoia
Haakon Flemmen: Fundamentalism, Nazism, and inferiority

PART III: HISTORY, LONGING, IDENTIFICATION
Jonathan Davidoff: The Mexican: phantasy, trauma, and history
Martyn Housden : Psychoanalysis and peace: Erich Fromm on history, politics, and the nation
Svein Tjelta: The making of the isotype character in the panoptic system and its relation to globalised nationalism

PART IV: THE ‘I’ AND MOURNING
Calum Neill : The evil I retreat from in myself: nationalism and das Ding
Margarita Palacios: Between fantasy and melancholia: lack, otherness, and violence