This text was inspired by Quassim Cassam’s blog post on what he terms ‘epistemic insouciance’ on The American Philosophical Association’s blog. According to The Washington Post March 15th 2018, President Donald Trump ‘bragged that he made up facts’ at a meeting with Canadian Prime Minister Justin Trudeau. Trump had boasted about telling Trudeau that America has a trade deficit with Canada even though he had no idea whether or not that was the case. The phenomenon should be familiar to readers not just in the US and the UK, which Cassam refers to, but also from far right movements and the so-called alt right in a range of other countries today.

“The dictionary defines insouciance as a casual lack of concern. What Trump displayed in his encounter with Trudeau was a casual lack of concern about the facts. His insouciance was what might be called epistemic insouciance. This looks like a straightforward example of an epistemic vice, though not one that until now has been named by philosophers. If recent political events in the U.S and UK are anything to go by it is one of the defining epistemic vices of our age. Epistemic insouciance of the kind displayed by Trump means not caring about whether one’s claims have any basis in reality or any evidential backing” (Cassam 2018).

The author refers to Harry Frankfurt’s concept of ‘bullshit’; “Epistemic insouciance is the attitude that makes one a bullshitter and causes one to spout bullshit.” The bullshitter, to Frankfurt, doesn’t care whether what he says describes reality correctly. This indifference is an intellectual attitude, and the notion of epistemic insouciance is intended to capture this attitude which underlies the behaviour of bullshitting. “It is just this lack of connection to a concern with truth,” wrote Frankfurt “– this indifference to how things really are – that I regard as of the essence of bullshit.”

“The OED defines a bull session as “an informal conversation or discussion, esp. of a group of males.” […] What is distinctive about the sort of informal discussion among males that constitutes a bull session is, it seems to me, something like this: while the discussion may be intense and significant, it is in a certain respect not “for real.” Therefore provision is made for enjoying a certain irresponsibility, so that people will be encouraged to convey what is on their minds without too much anxiety that they will be held to it” (Frankfurt).

“Someone who lies and someone who tells the truth are playing on opposite sides, so to speak, in the same game. Each responds to the facts as he understands them, although the response of the one is guided by the authority of the truth, while the response of the other defies that authority and refuses to meet its demands. The bullshitter ignores these demands altogether. He does not reject the authority of the truth, as the liar does, and oppose himself to it. He pays no attention to it at all. By virtue of this, bullshit is a greater enemy of the truth than lies are” (Frankfurt).

As Cassam states, this epistemic vice has not until now been named by philosophers, although the phenomenon has been described earlier. What follows are some of the descriptions I am familiar with, by Hannah Arendt, Jean-Paul Sartre and Theodor W. Adorno. These thinkers differ in their explanations as to why this indifference towards truth occurs and thus in their proposed solutions to this failure, which is beyond the scope of this short text. They do, however, have one thing in common in stating or implying that what looks like a descriptive statement – by the totalitarian elite, the anti-Semite, the fascist orator – is really intended as a normative statement. Therefore, proving to these speakers or writers that their statement does not depict reality in an accurate way fails to change their minds, since their statement did not aim to describe reality in the first place, but to appeal to a chosen audience.

This is Hannah Arendt in The Origins of Totalitarianism:

“The elite is not composed of ideologists; its members’ whole education is aimed at abolishing their capacity for distinguishing between truth and falsehood, between reality and fiction. Their superiority consists in their ability immediately to dissolve every statement of fact into a declaration of purpose. In distinction to the mass membership, which for instance, needs some demonstration of the inferiority of the Jewish race before it can safely be asked to kill Jews, the elite formations understand that the statement, all Jews are inferior, means, all Jews should be killed; they know that when they are told that only Moscow has a subway, the real meaning of the statement is that all subways should be destroyed, and are not unduly surprised when they discover the subway in Paris” (Arendt, p. 385).

Jean-Paul Sartre in Anti-Semite and Jew:

“Never believe that anti‐Semites are completely unaware of the absurdity of their replies. They know that their remarks are frivolous, open to challenge. But they are amusing themselves, for it is their adversary who is obliged to use words responsibly, since he believes in words. The anti‐Semites have the right to play. They even like to play with discourse for, by giving ridiculous reasons, they discredit the seriousness of their interlocutors. They delight in acting in bad faith, since they seek not to persuade by sound argument but to intimidate and disconcert. If you press them too closely, they will abruptly fall silent, loftily indicating by some phrase that the time for argument is past. It is not that they are afraid of being convinced. They fear only to appear ridiculous or to prejudice by their embarrassment their hope of winning over some third person to their side” (Sartre, pp. 13-14).

And Theodor W. Adorno in “Freudian Theory and the Pattern of Fascist Propaganda”:

“In National Socialist Germany, everybody used to make fun of certain propagandistic phrases such as “blood and soil” (Blut und Boden), jokingly called Blubo, or the concept of the Nordic race from which the parodistic verb aufnorden (to “northemize”) was derived. Nevertheless, these appeals do not seem to have lost their attractiveness. Rather, their very “phoniness” may have been relished cynically and sadistically as an index for the fact that power alone decided one’s fate in the Third Reich, that is, power unhampered by rational objectivity (Adorno, p. 133).

The category of “phoniness” applies to the leaders as well as to the act of identification on the part of the masses and their supposed frenzy and hysteria. Just as little as people believe in the depth of their hearts that the Jews are the devil, do they completely believe in the leader. They do not really identify themselves with him but act this identification, perform their own enthusiasm, and thus participate in their leader’s performance. It is through this performance that they strike a balance between their continuously mobilized instinctual urges and the historical stage of enlightenment they have reached, and which cannot be revoked arbitrarily. It is probably the suspicion of this fictitiousness of their own “group psychology” which makes fascist crowds so merciless and unapproachable. If they would stop to reason for a second, the whole performance would go to pieces, and they would be left to panic (Adorno, pp. 136-137).

Going into the reasons for the vice of indifference towards truth, or epistemic insouciance, would take a much longer text, though an important first step is to become aware of the phenomenon when it manifests itself in our present. 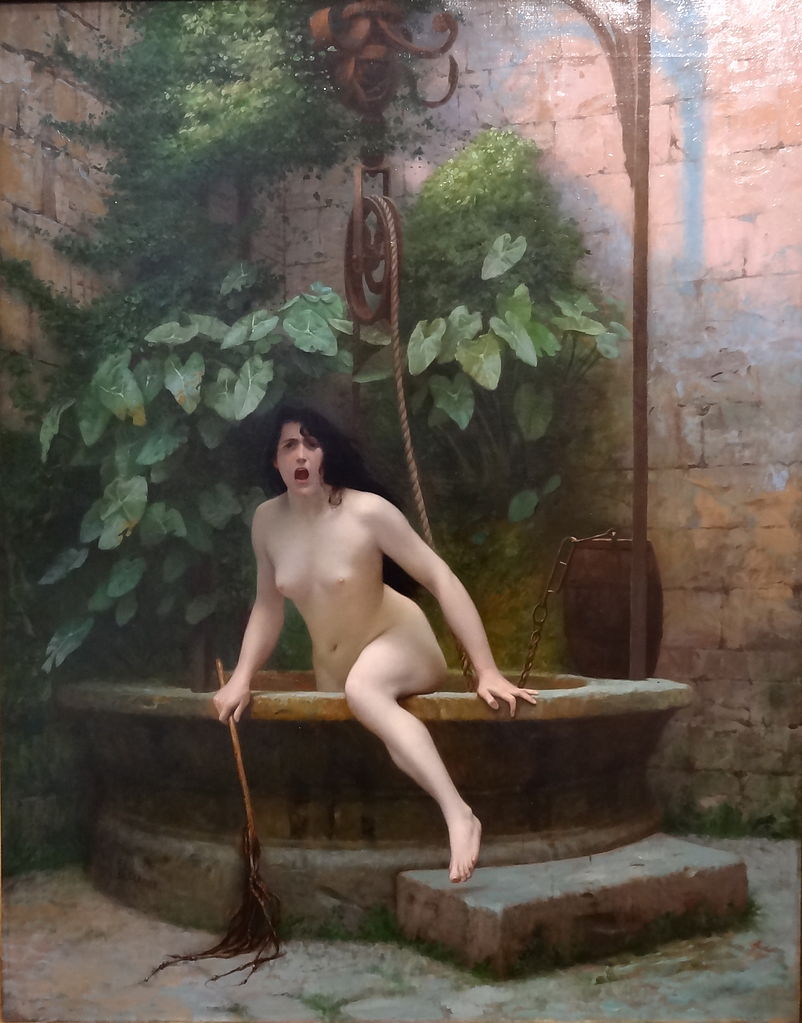